Held at Old Street’s Red Market in East London this one day festival was headlined by White Lies with supporting artists Honeyblood, The Age of L.U.N.A., Superfood and the Courts with the evening finishing up with a set from Goose Island’s own resident DJ from Flashback Records.

For the second year running, Freelove Group worked with the festival producers to create a bespoke solution for a unique space. We supplied the main stage structure, sound, lighting, power distro, drapes, barriers and a separate sound system, festoon lighting and uplights for one of the breakout bar areas. Event equipment supplied included: 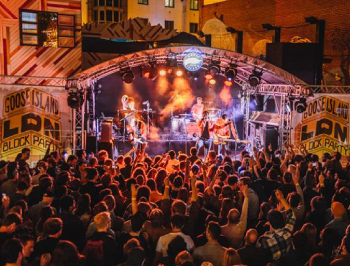